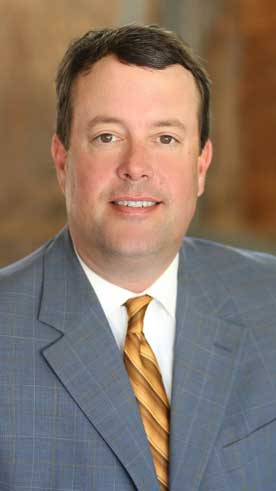 Todd’s practice now is focused primarily on Plaintiff’s litigation, including, but not limited to the pursuit of claims of medical malpractice and products liability, claims arising out of auto and trucking accidents, pharmaceutical litigation, workers’ compensation and other actions involving injury. Todd also practices in family law, wills and estates, business law and criminal defense.  Todd was named to the The National Trial Lawyers: Top 100 Trial Lawyers for the year 2014. Todd Jeffreys was elected to membership in the American Board of Trial Advocates (ABOTA) and the Mississippi Chapter of ABOTA in August of 2022.

Todd enjoys fishing, duck hunting, golf and tennis. He loves most to spend time with his wife, Mary Elizabeth, and his three children.

Please fill out the form below and one of our attorneys will contact you.

Thank you. Your submission has been sent.

Attorney Advertising. This website is designed for general information only. The information presented at this site should not be construed to be formal legal advice nor the formation of a lawyer/client relationship. [ Site Map ]

See our profiles at Lawyers.com and Martindale.com