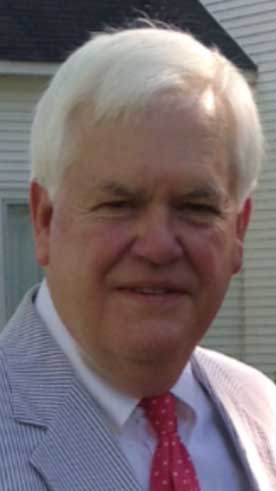 Kirkham Povall was born in Lexington, Mississippi, in February 1949. He graduated from Lexington High School in 1967 and attended the University of Mississippi where he obtained a Bachelor of Arts degree in history and political science in 1971. While at Ole Miss served as President Omicron Delta Kappa; Treasurer of his Senior Class; Vice President of his Fraternity, Phi Delta Theta; Captain of Scabbard and Blade; a Member Moot Court Board, and a Member Phi Delta Phi. He was also recognized as a Member of Who's Who in American Colleges and Universities.

After graduation, Kirkham attended law school at the University of Mississippi and received his Juris Doctor degree in August of 1973. He moved to Cleveland with his wife, Hilda, accepted employment at the law firm that was to become Jacobs, Eddins & Povall. Following 6 months of National Guard duty in 1991 during Desert Storm, the first Iraq war, Kirkham opened his own firm, now Povall & Jeffreys, P.A. He is licensed to practice in Mississippi as well as in the U. S. District Courts, Northern and Southern Districts of Mississippi; U. S. Court of Appeals, Fifth Circuit, New Orleans; U. S. Court of Military Appeals, and the U. S. Supreme Court. Kirkham is a Member of the Mississippi Bar Association, a Fellow in the Mississippi Bar Foundation and the Bolivar County Bar Association (served as President 1978-1980). He served as a Member of the Board of Mississippi Bar Commission (1995-1998), a Member, Board of Trustees, Mississippi Health Care Trust Fund (June 1999 to Jan. 2000, appointed by Governor Fordice), and as Chairmen Mississippi Tort Claims Board ( June 29,2009 to July 1, 2012, appointed by Governor Barbour & Confirmed by Mississippi State Senate). He is also a member of the Lamar Order at the University of Mississippi School of Law. He serves as Special Master of the Seventh Chancery Court District, a position he has held since 1980. Kirkham holds an 'AV' rating assigned by Martindale-Hubbell. Kirkham was also name to the The National Trial Lawyers: Top 100 Trial Lawyers for the year 2014.

Kirkham’s community involvement includes membership in the Cleveland Rotary Club (Serving as President 2004-2005 and honored as a Paul Harris Fellow in 2006), a past director of the Chamber of Commerce and the Industrial Development Foundation of Bolivar County, Mississippi, a past president of the Cleveland United Way, and a past director for the Bolivar County Community Action Program, Inc. When his children were young he served as an Assistant Baseball Coach for the Cleveland Park Commission and as Acolyte Trainer at Calvary Episcopal Church where he has been a member since 1973. He also served on the Vestry as Sr. Warden and Treasurer, and as chairman of two capital campaigns for Calvary Episcopal Church. Other community interests include service as a member of the Cleveland Long Range Planning Committee and the Delta Arts Alliance Board. Kirkham is currently serving his first term as Alderman for the City of Cleveland, MS. (July 1, 2009 to Present), and is a Member Mississippi Municipal Association.

Kirkham and his wife, Hilda, have four children and eight grandchildren.

Please fill out the form below and one of our attorneys will contact you.

Thank you. Your submission has been sent.

Attorney Advertising. This website is designed for general information only. The information presented at this site should not be construed to be formal legal advice nor the formation of a lawyer/client relationship. [ Site Map ]

See our profiles at Lawyers.com and Martindale.com